Hi Lovelies. What have I got for you today ?

I love the soft paint effect such as that from American Crafts Dear Lizzy Lucky Charm and Amy Tan Yes Please ranges. I can’t paint but I know I can try achieve something similar.

I decided to paint some “watercolour” circles.  I said watercolour but the same effect can be achieved by using a number of mediums such as mist (applied with brush), gelato or watercolour pencils.  In my case, I had some gelatos in the colours I wanted to hand so I use those.

I started by drawing some circles around bottle top lids on a scrap of white card. I coloured them with gelato ( much like watercolour pencils ) before taking a wet brush to them. I added a few more lines roughly around each circles before I cut them out. I also drew and cut out a few circles from patterned paper. 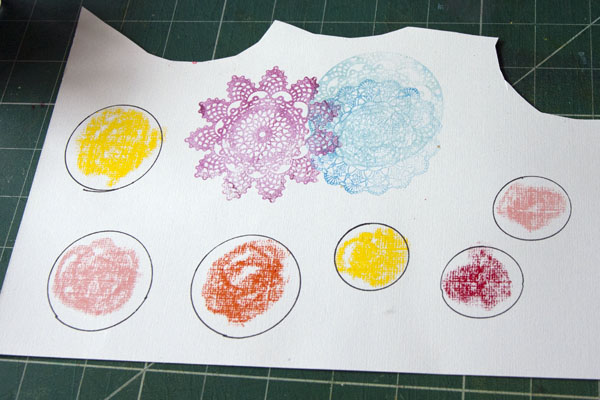 I wanted some sparkly buttons but I didn’t have any in the right colours so I made some.  I started with some clear buttons, add a layer of diamond glaze to the top and sprinkle extra fine glitter on top. After letting them dry properly for over a day, this is what I have.

I also added glitter to some foam pad circles.  Cut a strip out, remove the top and sprinkle glitter. 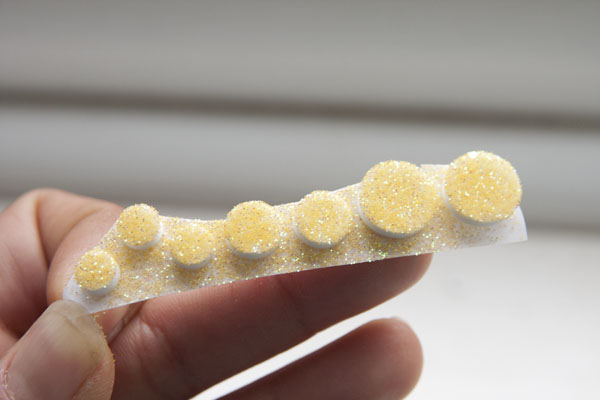 This layout is about a trip to Paris and I wanted to handwrite Paris.  I did this on a scrap piece of cardstock that I then cut out. I know a lot of people probably have an electronic cutter that makes this part easy but sadly, I don’t. 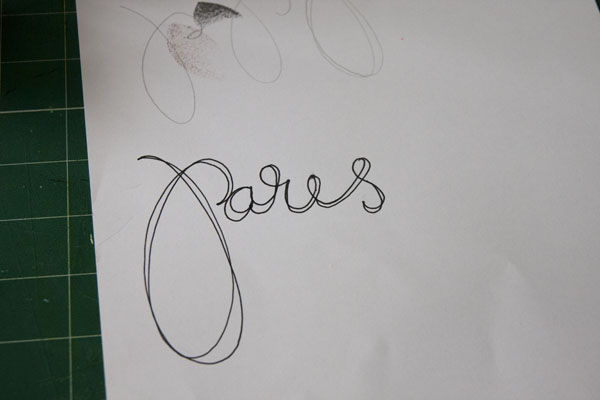 The next step is to start building up the layout. I started by laying out the circles on a piece of background cardstock. I added some machine stitching to some circles for added definition. I also added some die cut foliage. 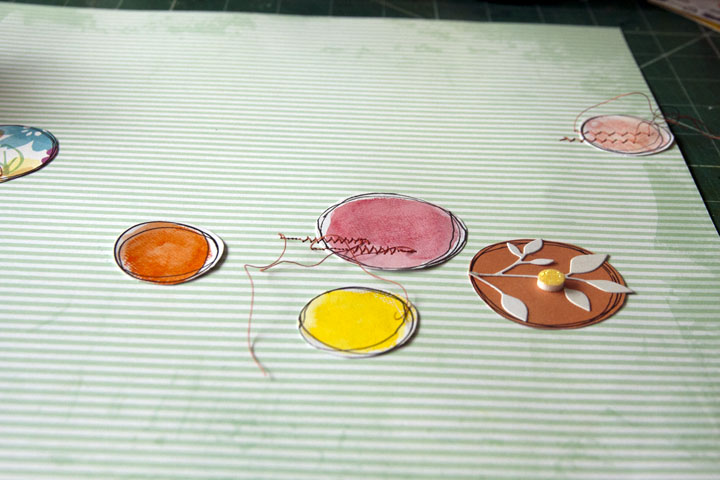 I stuck them down on the background cardstock. 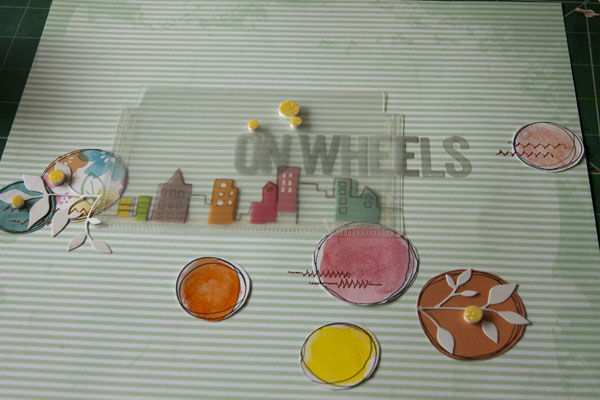 I typed up some journaling using my vintage typewriter.  There are some spelling mistakes as my fingers sometimes move faster than my brain but rather than going the Tip-Ex route, I decided to embrace it.  I don’t know how typist of old managed without word processors and spell checks! 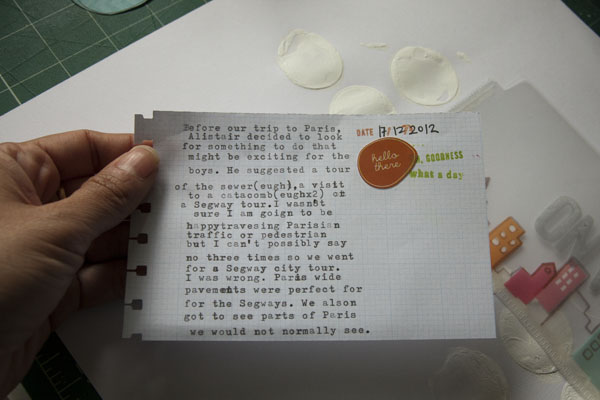 After adding the photo and the glittered buttons, foam pads and my handwritten Paris, this is a close up of what I finished with. 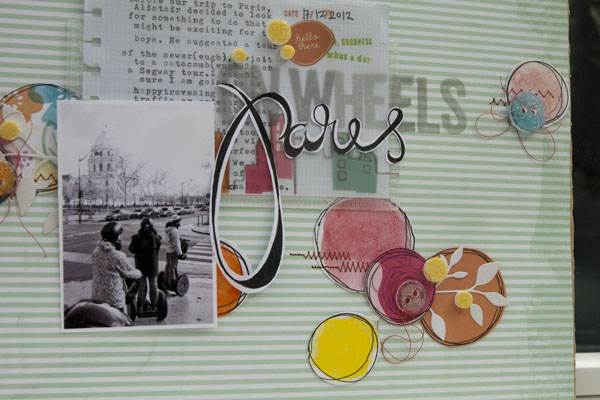 There you go, my layout this month, Paris on wheels.
That’s all from me today.  I hope you are enjoying The Spring. I hope that has given you the inspiration to get a paintbrush out.
Blogged with love by Ifa.

A little of what you don't fancy…