My WRMK typewriter and my Minc machine have both finally come out to play!
Yes, I’ve been brave, got them out of their box and used them… Scary stuff for me!
I think we’ve all been guilty of buying something – not necessarily scrapbooking related and then ‘saving’ it – be it to wear before we find that perfect pair of matching shoes or to use in scrapbooking, but only when we find the ‘perfect’ photo – does this sound familiar?
I got major typewriter envy when I found out some friends had ordered themselves one of the new WRMK typewriters – I even own an original from the 80’s, but nothing can compare to how pretty it looks sitting on my craft desk. Of course I had to have one, opting for the lush mint green one and pretty indeed it is!
Unlike the beautiful WRMK typewriter, my Minc machine, which can never be described as pretty (sorry Heidi x) hasn’t seen much light of day since it was originally purchased about a year ago. I now own eight rolls of foil, which up until the weekend hadn’t come out of their packaging! I think I was scared I use the foil up!
Errr, reality check – there is 10m of foil on each roll. To put it in perspective, that’s the same length as most wallpapers designed to offer three drops in a standard height room!
The gold and red foils were the first colours to be ‘christened’
I used the red foil to initially cover my title ‘Ciao Baby‘, probably because I needed a reminder on how to use the machine! 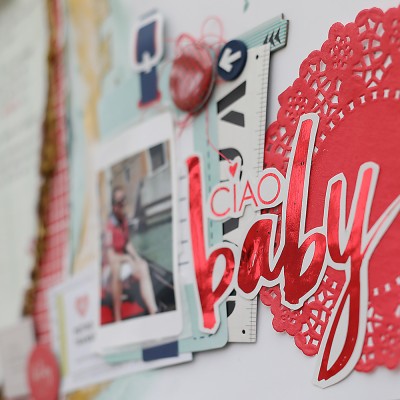 I then got brave and opened the gold!
Using the reactive paint, I sketched then coloured in a shape to resemble the iconic end of a gondola, as Harvey is sitting on one in the photo! 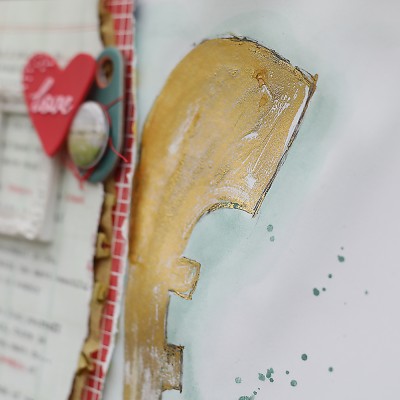 I did add a bit of ochre paint to a few areas to add a bit of definition and then painted around the edges with a sea green tone – the foil acts as a water repellent so maintaining a crisp edge! 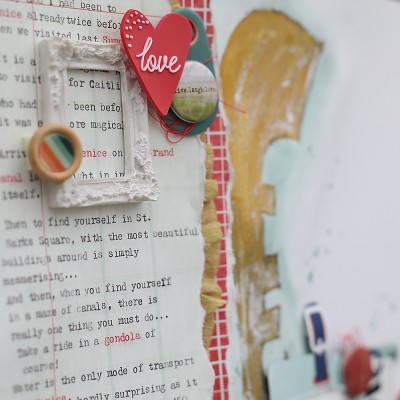 The WRMK typewriter takes 12 x 12″ papers – genius! Now I’m waiting to see if Heidi Swapp adds a typewriter reel that is Minc compatible to her portfolio?
I decided to type predominantly in black, adding key words such as Venice in red. Whether intentional or not, the typewriter like the originals occasionally has a blip but i think that all adds to its charm and authenticity! 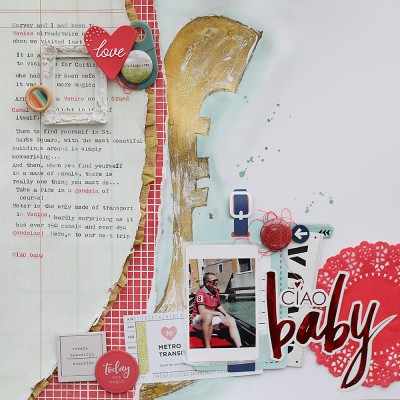 Now that I had dipped into two colours, there was no stopping me!
I used the reactive mist to splatter over a freehand cut ampersand. Due to the polymer in it, the mist remains quite ‘globular’ – that is until it goes through the Minc roller, then the splatters become larger!
You live and learn, but I really like the effect!
I added a few further splatters using Heidi Swapp Shine Raspberry and then lighting water coloured the entire ampersand. 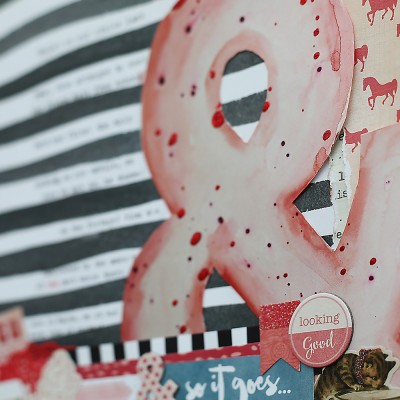 It’s hard to see, but the larger dots are the red foiled areas! 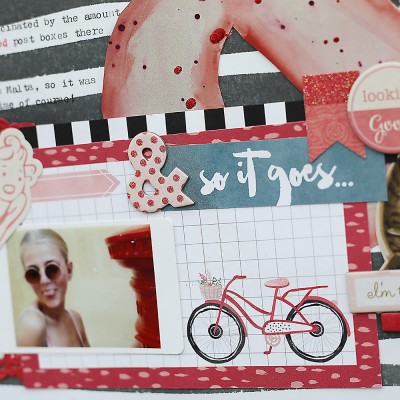 By now I was getting really brave and used a complete 12 x 12″ paper in the WRMK typewriter, using black for the main text and consciously typing the word ‘red’ in the same colour! 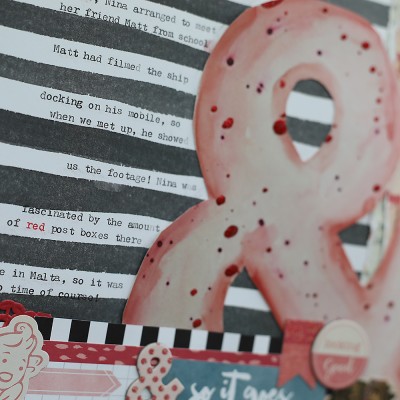 I love the results of both the typewriter and the Minc machine – be warned, they may appear again!

So if like me you’re hoarding, why not make a concerted effort use it – it’s far nicer on a layout than in a drawer hidden away somewhere!