This month I am very lucky to be using Color Study from Vicki Boutin. It’s a bold, colourful collection that would lend itself to so many themes and occasions.

I began my first layout by selecting this colourful paper, as a base, which is unusual for me, as I tend to use plain white cardstock! But I had the perfect photo to go with it which I placed in the centre with just a plain white frame. A chipboard phrase fitted in well above the photo, with a little heart sticker. 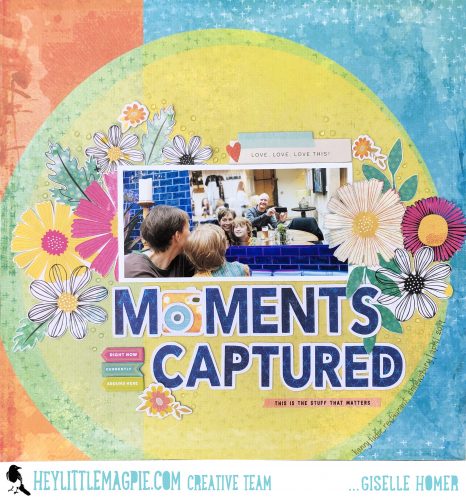 The collection has lots of patterns that can be fussy cut, so I set about choosing some flowers which I matched with stickers. I added these to either side of the photo with a couple of floral chipboard pieces. 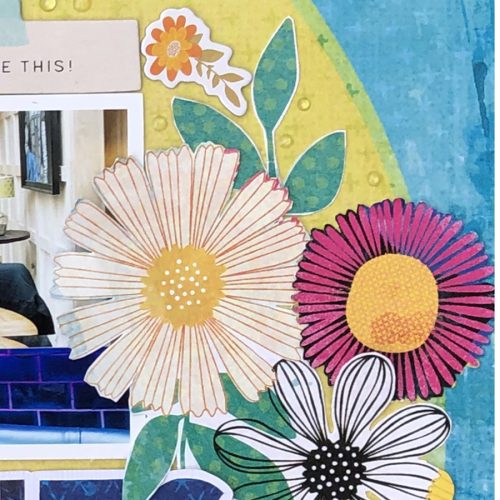 I added some transparent Nuvo drops in between the flowers and leaves. 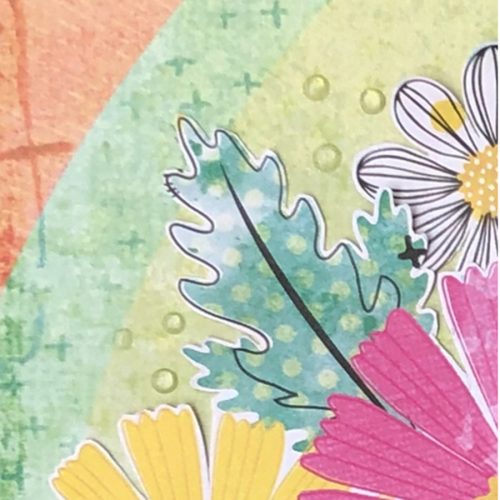 My title is a cut file which I backed with dark blue paper to contrast it against the yellow background. I included a phrase sticker and wrote my journalling along the curve of the pattern. 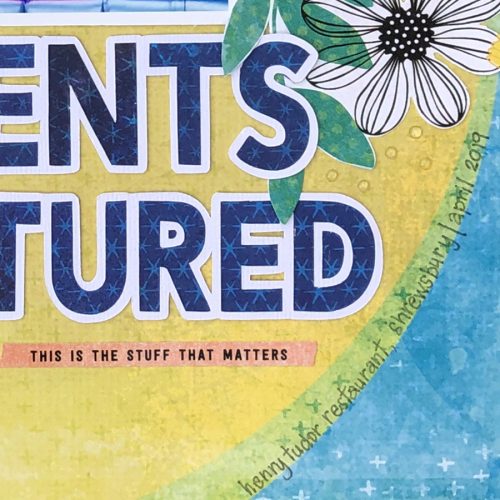 There are some fun chipboard words in the collection so I added some next to my title to finish off the layout. 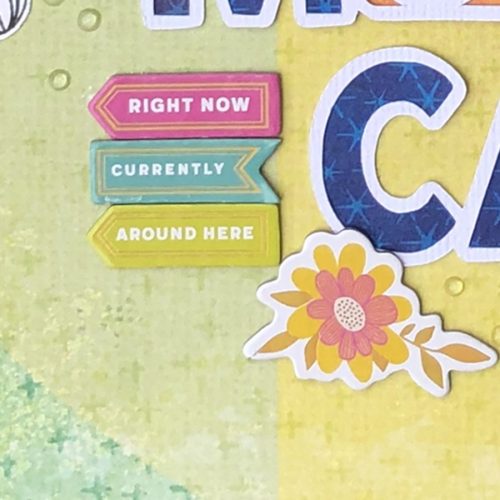 My second layout came together quite quickly and I even got my sewing machine out! 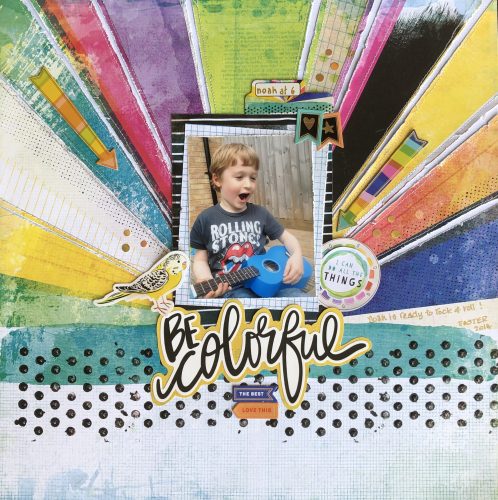 I started  by cutting apart the ‘rays’ from the ‘Array of Colours’ paper. Then I trimmed them and sewed along the long edges. I distressed the edges and replaced them to reflect the original design, with some white cardstock at the back to hold it all together. I glued two colourful arrows to the rays to break them up a little.

I had to use the little budgie sticker, it’s so cute! So I popped him on the left of the photo with some gold dots from the sticker sheet. 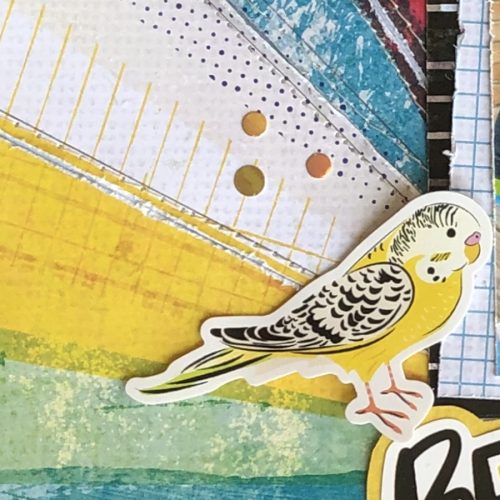 I used some fairly neutral paper to back my photo and added a couple of embellishments to the top right corner. 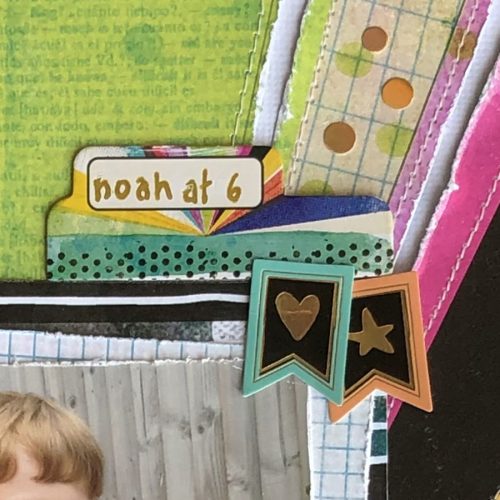 I made a colourful border for the title as I wanted it to stand out on all those bold colours! A few more stickers and chipboard words were the finishing touch. 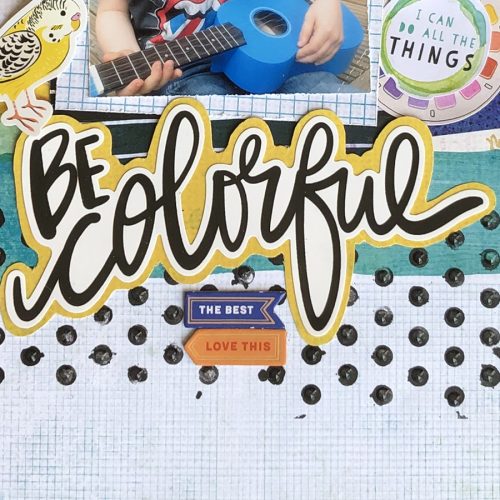 I added some clear Nuvo drops onto the black dots on the paper for some texture. I think I’ll be making a ‘few’ more layouts with this colourful paper.

I’ll have two more layouts to share later in the month. Until then, happy scrapping! 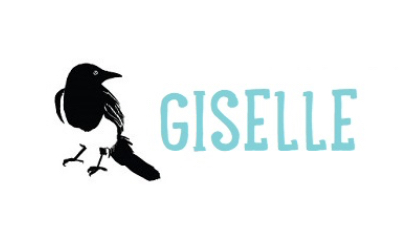