Hot from the manufacturers and bang ‘On Trend‘ is the new My Minds Eye Niche Frameables…
When I first saw these products appear in the shop, I was more than intrigued to find out exactly what these new ‘On Trend’ Frameables were and I certainly wasn’t disappointed. Described as a means of creating art for your home, the 12 x 12″ pad features a selection of canvas styled designed, perfectly co-ordinated to the latest MME collection ‘On Trend’. Rather than use as art for my walls, as initially intended by the manufacturer, I thought WOW, so different and perfect for using as a feature to a layout – being 12 x 12″ simply added to their appeal.
My first layout uses two key quotes from the ‘On Trend’ Frameables and these formed the basis for the layout. 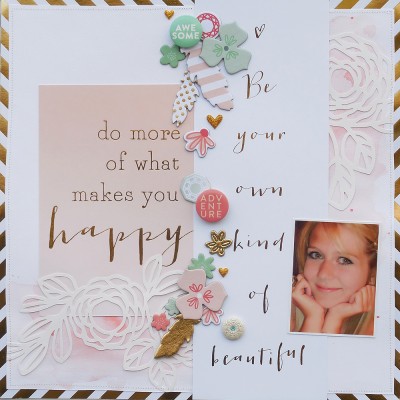 Featuring two Silhouette cut flourishes to soften the angular lines of the art, and a watercolour painted background, the layout was starting to look quite dreamy, perfect to complement the photo that I had chosen! 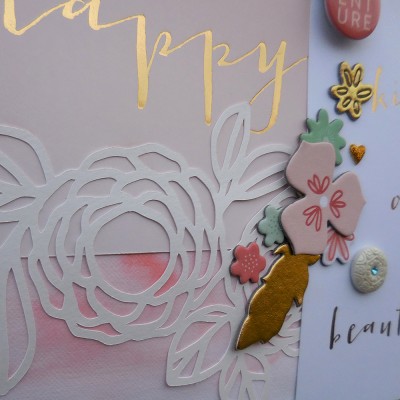 A series of chipboard sticker embellishments, Niche gold stickers and two feature flair badges, trailing down the centre added to the floaty feel. 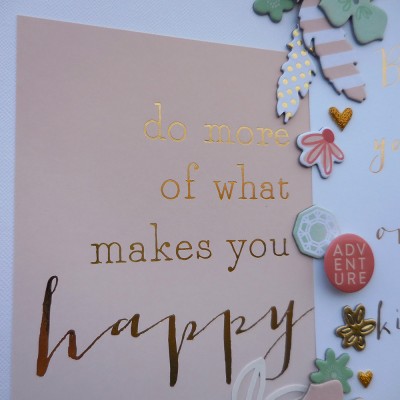 Whilst very girly, I felt that the layout needed anchoring! I reached for a stunning Teresa Collins gold embossed paper that I’d been “saving” and simply stitched the layout to the base. 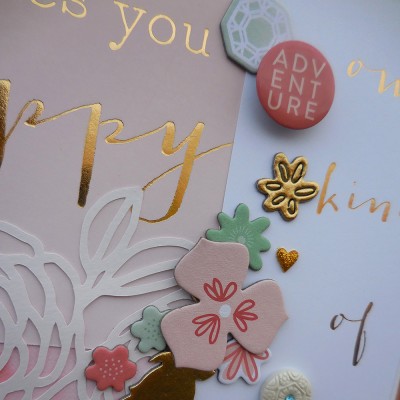 For my second layout I toyed with using another feature page or phrase from the ‘On Trend’ Frameables. 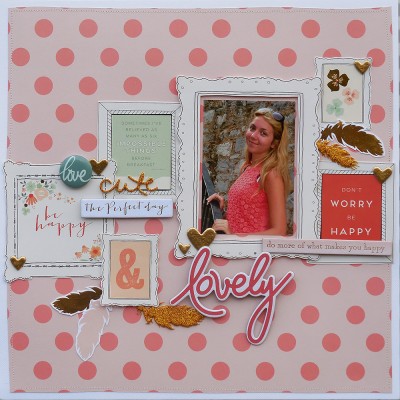 However I ended up using the front cover of the pad, which featured a series of illustrations of the art that was featured within the pad along with a feathers panel from the pad itself. 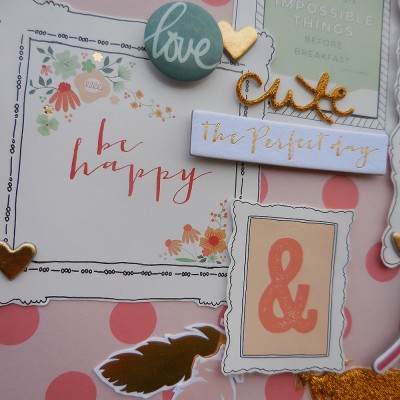 With some simple fussy cutting the frames were arranged on the layout. 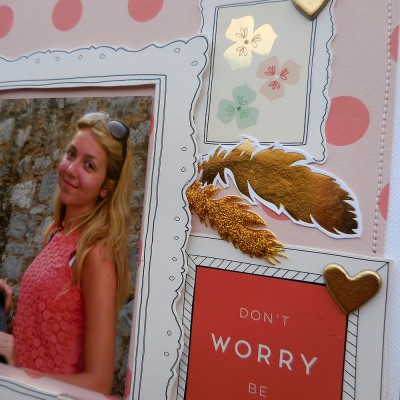 Some were raised higher than others with foam pads and this differential in layers enabled the Niche gold feather thickers to tuck under some of the frames. 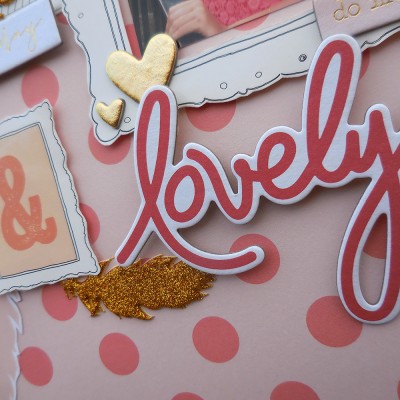 Always partial to a dotty background, the ‘On Trend’ Awesome peachy dot provided a perfect base for the white frames, with a simple crisp white cardstock border.

From old to new(ish)