It’s Louise here again with 3 LOs to share. I love using sketches when my mojo needs a bit of a kick start, and there are so many available on the Internet, and of course we have our very own monthly sketch challenge for you to play along with.
Quite often I have ideas for LOs spring into my head when I’m in the middle of doing something else, so I usually grab a pen and quickly scribble down the idea as a rough sketch. Believe it or not, the sketches below are the ‘tidied up’ versions… the originals are often really scruffy, and sometimes drawn on receipts, old packaging and other bits of paper found laying about. This month I’m sharing 3 of my sketches with you, and showing how I’ve used them to create 6 LOs. I chose a selection of papers to use this month and a couple of cute stamps from Elle’s Studio. A list of all the papers I used can be found at the end of this post. 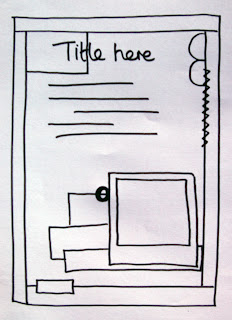 ﻿
My first LO is of Drew on his new scooter on Christmas day. As he was zooming about on it, I kept thinking about ‘scootering in heels’ from a Sex and the City episode, hence the title ‘Scootering’.
﻿
﻿ 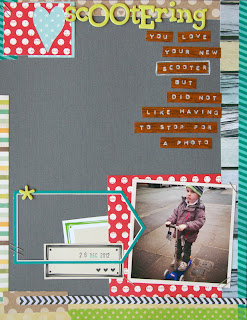 I cut the arrow frame from this My Mind’s Eye die cut embellishment.
﻿
﻿
﻿ 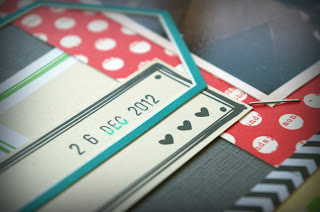 When I used my date stamp, part of the month didn’t stamp out. Rather than using a black pen to fill in the missing detail I used a green pen to make a feature of the misprint.
Sketch 2﻿ 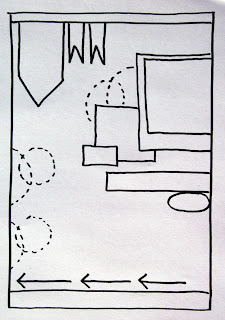 I’ve been meaning to scrap this photo of Harry and I out sledging since it was taken way back in the day when my hair was lighter and longer!
﻿ 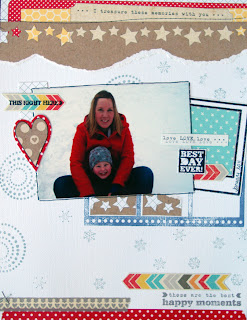 The little stamps from Elle’s Studio were used on this LO, and were enough that I didn’t feel I needed to add a title. 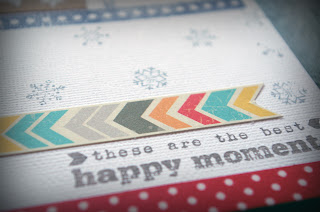 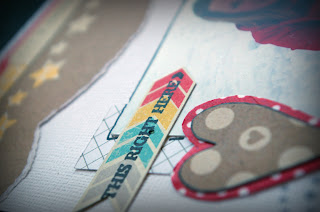 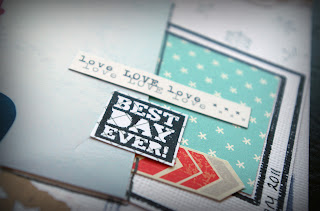 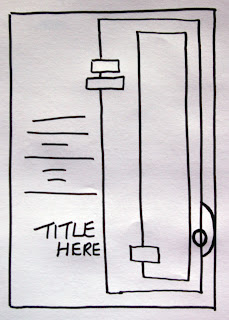 I had lots of photos taken of the children dancing along to Just Dance at New Year, but none of them were particularly good quality that they could be scrapped individually. I made 3 of the best into a film strip with a black border, which meant that they were small and so the picture quality was less important. 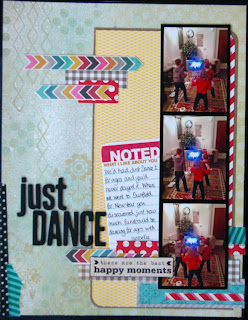 The background was decorated with stamps and clear embossing powder before being given a light misting with white and then teal. 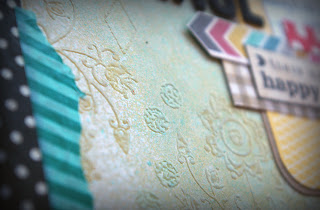 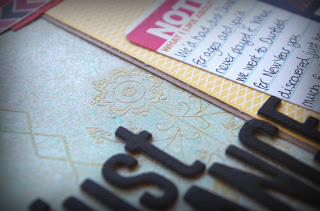 I chose the yellow spotty paper as my background and chose a couple of My Mind’s Eye stamps that I’ve had for a couple of years. Using versa-mark and clear embossing powder I added more detail to the paper. 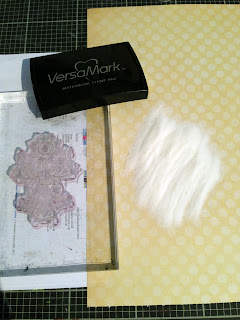 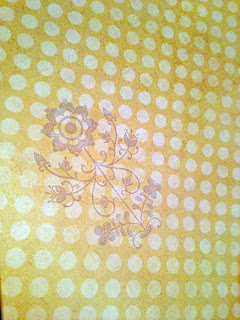 I used an embossing pen to add powder to some of the circles on the paper. The blue tint of the pen gives a subtle bit of colour to the circles. 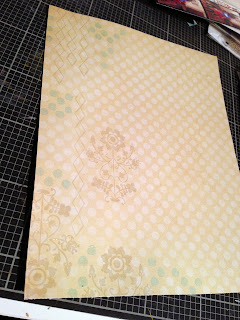 Once the embossing had cooled I gave the LO a very light spray of white mist and then teal. Wiping the residue from the embossed areas with a bit of kitchen towel. 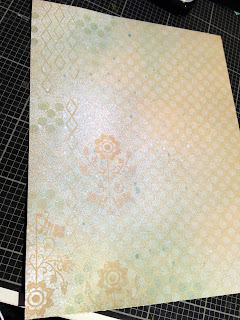 Tomorrow I will be back with three more LOs using the same 3 sketches in a different way.
Please feel free to use the sketches to inspire you, and if you do drop a link to your blog/gallery in the comments box so I can come and have a look and leave you a comment.