Having been to Disneyland reasonably recently (well, 2 years ago) the stack of photos to scrap from that trip is still pretty giant. So, I’m always on the lookout for collections that will work well with those pictures and Simple Stories have a third installment of their Say Cheese line out at the moment. This collection is filled with Disney-relevant colours (red, black, yellow), shapes (think mouse ears and castle silhouettes) and words (along he lines of magic, adventure, and memories) so it was a safe bet for my holiday snaps.
Simple Stories Say Cheese III 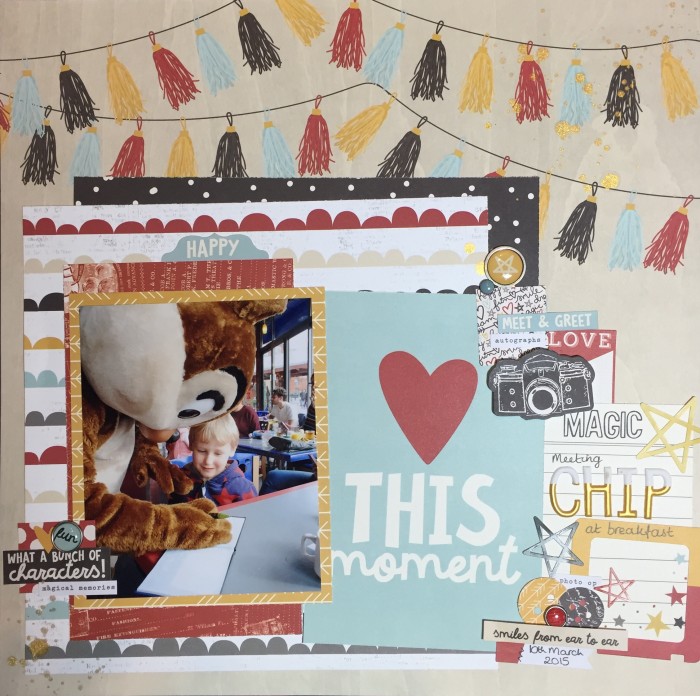 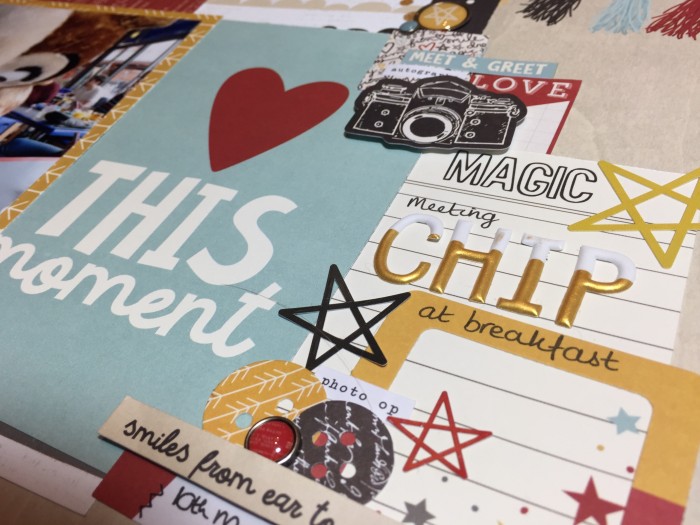 I used photos from our character meet breakfast, where we met Chip and Dale – classic Disney characters! These two pages aren’t a double spread as such, as they were made separately, but they are designed to sit next to each other in my album as a pair. 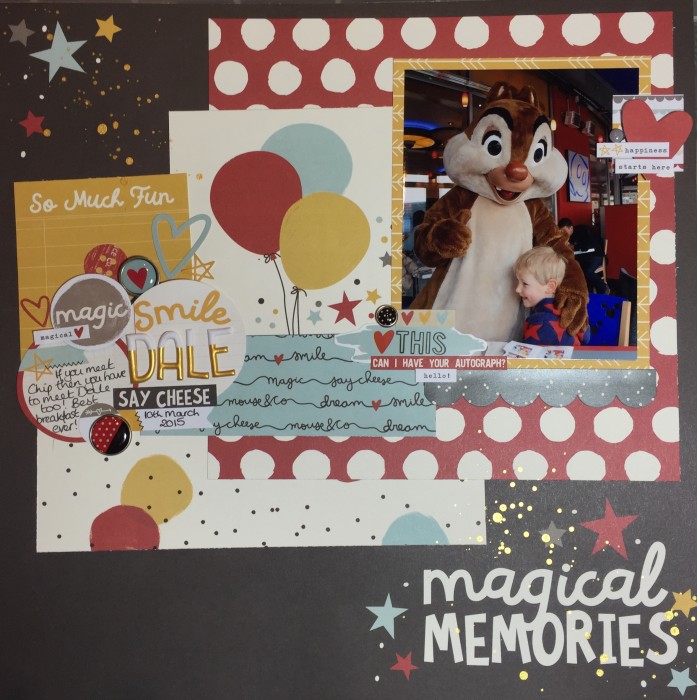 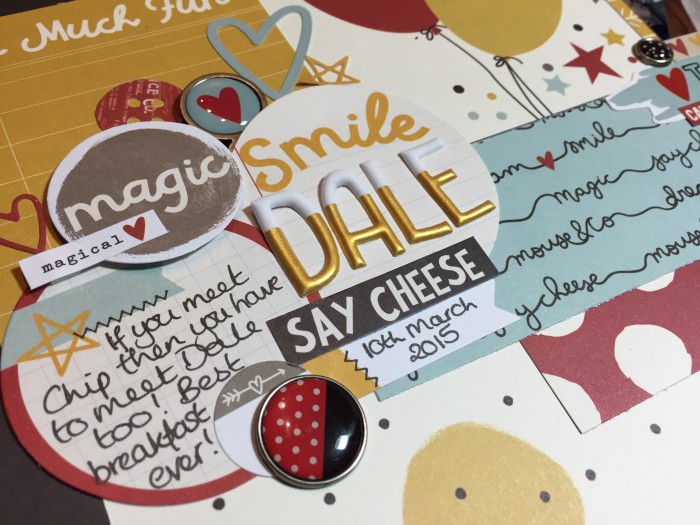 Alongside the the classic Disney photo spreads, I was determined to use this collection for another theme too. I picked a birthday photo from my youngest’s first birthday last year. Lots of the phrases in this range can be transferred to other occasions, so don’t be instantly put off if you don’t have Disney photos to scrap! 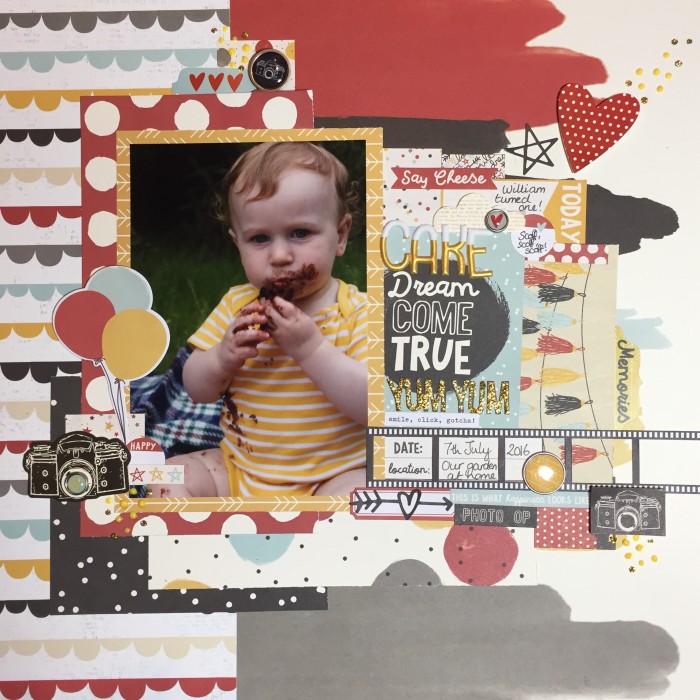 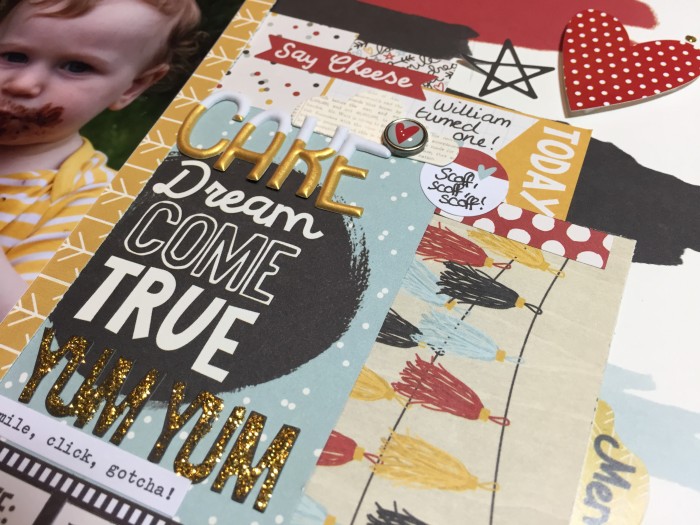 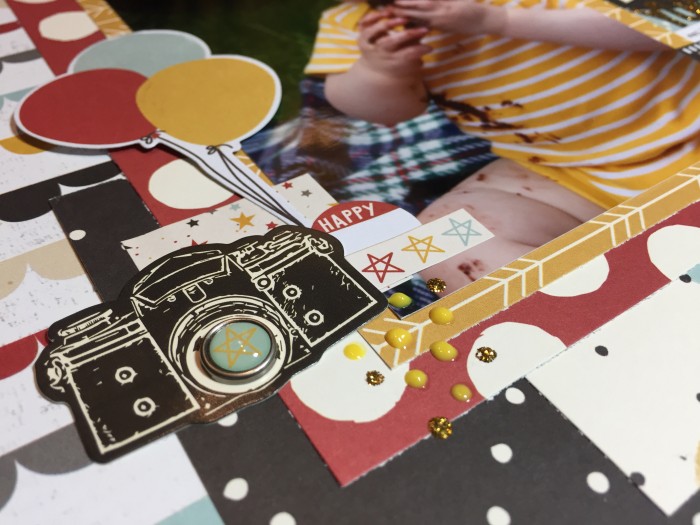 My final project was something a little different, and involves no photos. We have another trip to Disneyland planned, but we hadn’t yet told the children. I wanted to make a countdown and present it to them as a way to let them know about it, and so that they can see visually how long until we go! 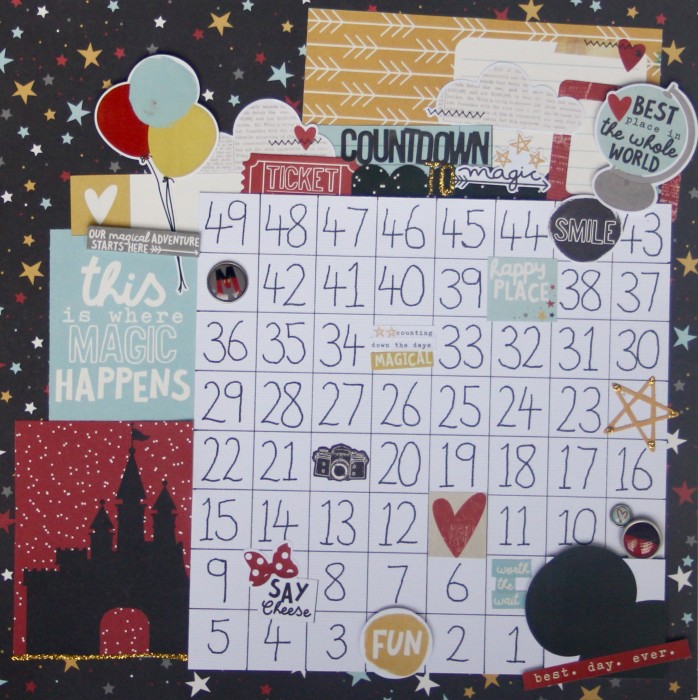 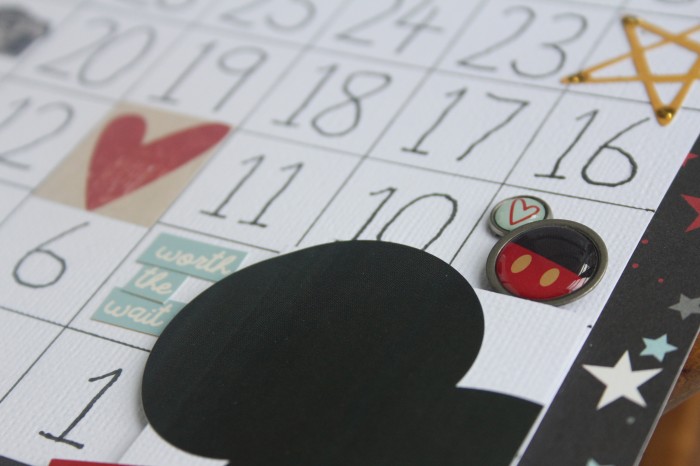 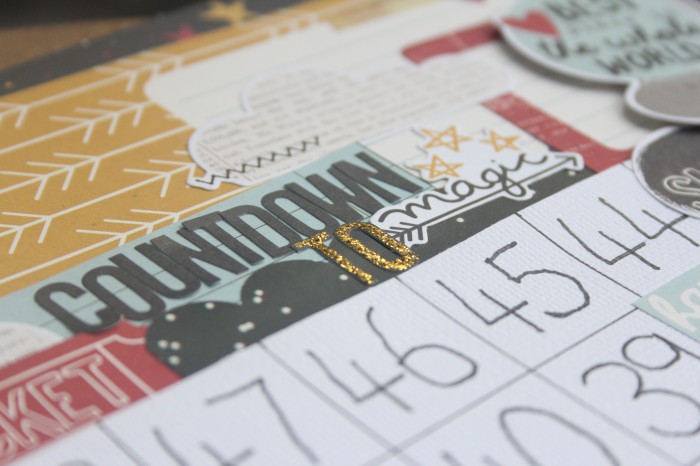 The kids were suitably excited, and are already enjoying crossing off a number each morning when they come down for breakfast. I’m excited to see it full of red crosses too!
Thanks for popping by!