I hope you and yours are all safe and enjoying a little more freedom than of late.

This month I’m using a mixture of Pinkfresh Studio’s collections for my layouts, their papers can generally be mixed and matched together as there is a similar colour palette that is found in most of the collections. I’ve started with a layout about staying at home, I’m sure we’re all familiar with that!

I began by fussy cutting the floral edge of a paper from My Favourite Story which I glued to the top of a piece of white cardstock. I tore a 12″ strip from the same paper, rolled the edges and glued it to the lower edge of the layout.

I backed the photo with patterned paper and plain cardstock, then I placed it below the floral edge, offset to the left to leave a space for embellishments and journalling. 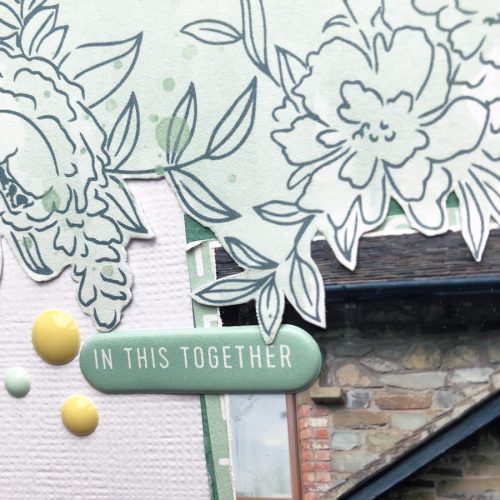 I wanted some interest in the lower part of the page, so I added a cluster of embellishments which included some houses cut from the Let’s Stay Home collection and I tucked them behind the rolled paper edge. They included enamel dots, a fussy cut flower group and a chipboard flair – these are fab for when you need a little circle shape but find the enamel flairs a bit too thick! 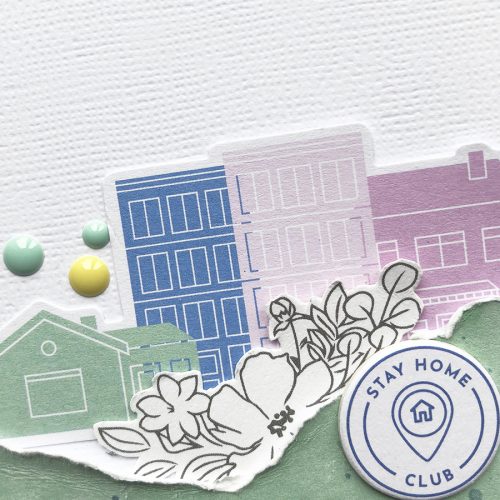 I then added some embellishments next to my photo; another little row of houses, a die cut flower shape and a rainbow shaped word sticker. 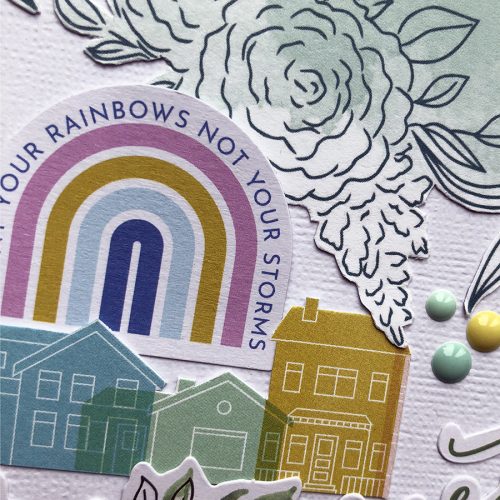 I typed my journalling which I cut into strips and glued into place. I wanted to ensure that the journalling continued the triangle shape that I was hoping to achieve in the top half of the layout, ending in a point where I then placed another flower sticker. I also added a die cut phrase to the right of the houses. 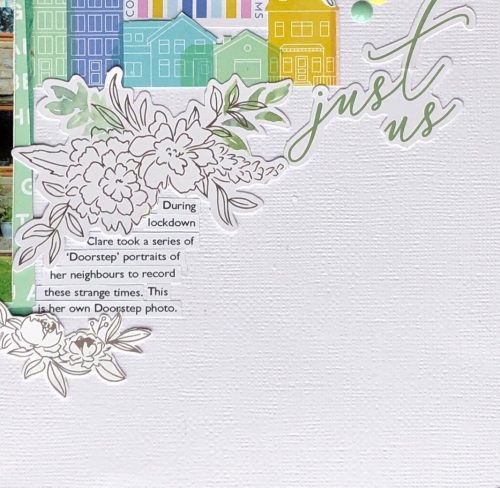 I finished by placing a puffy heart shaped sticker and a few more enamel dots around the photo.

My second layout, Stay Safe, documents having to wear face masks when we go out. I’m not sure I will get used to that but maybe it will become the norm before we know it! I began by spraying yellow and blue ink onto a sheet of white cardstock. I cut the title using my Silhouette Cameo and backfilled it with blue paper. I used a chipboard flair and a heart sticker on the 2 letter A’s. 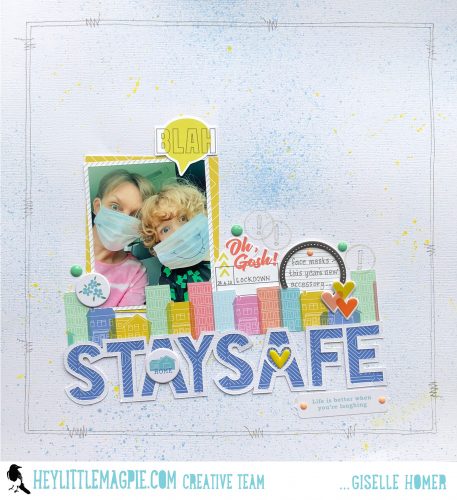 To back the photo I used two different patterned papers and glued it to the centre  left of my layout. I cut a strip of houses which measured the same as my title and glued them to the layout. Then I added the title so that it over lapped slightly. 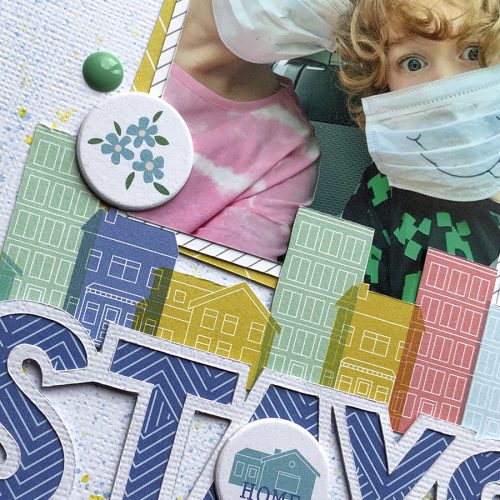 Then I added a piece of patterned paper, which I cut out, with the words ‘Oh Gosh’ and glued it to the right of the photo. I wrote my journalling onto a circle shaped piece of lined paper and added a frame round it from My Favourite Story. I tucked that under the row of houses and stamped a few exclamation marks above that. 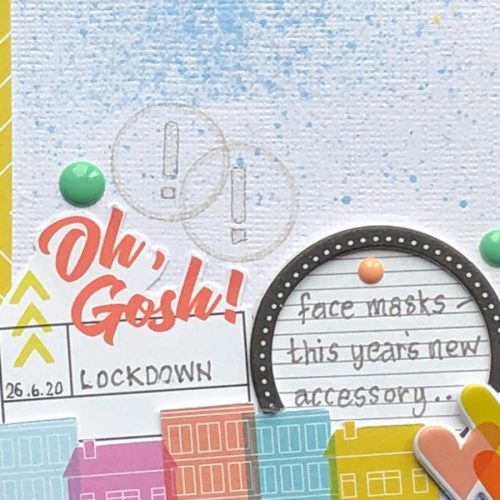 I finished the layout by adding a few more embellishments here and there which included puffy stickers, enamel dots and phrase stickers. I drew a border around the layout with a few faux zigzag stitches. 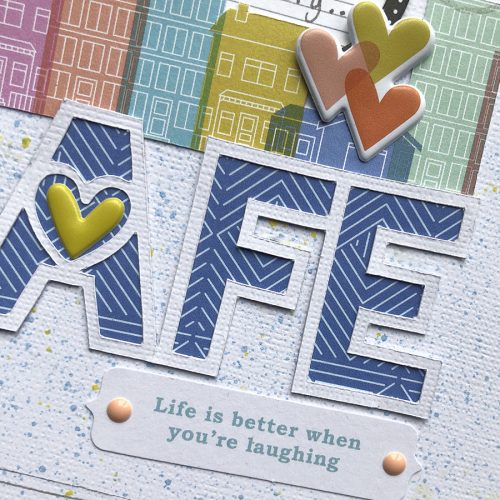 That’s all from me until later in the month. Until then, happy scrapping everyone.