This collection is full of different shades of blues with lots of stars and some space themed embellishments. It is the perfect collection to use with photos of my three boys. I love the pops of lime green, yellow and orange. In this layout I decided to play with the blue and orange elements. 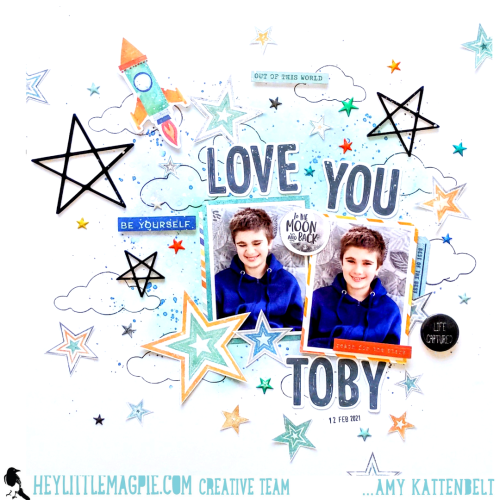 I started by making a mixed media background in the centre of a piece of Vicki Boutin’s 12×12 Foundation Paper. I used 4 shades of Distress Oxides, namely Speckled Egg, Stormy Sky, Blueprint Sketch and Evergreen Bough.

My inspiration was to create a sky base to add lots of stars to. I applied three of the ink colours direct to the cardstock with a foam applicator and lots of blending. Then I added some splatters using the deeper blue colour. I achieved this my stamping some ink to my glass mat and adding some water then splattering the background using a brush and the wet ink. I left this to completely dry. 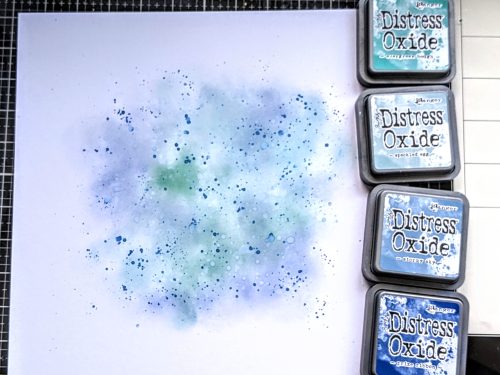 I then drew some clouds onto my background. I actually cut my own ‘stencil’ out of card so I could then draw around the shapes on my page. You could also draw them free hand. 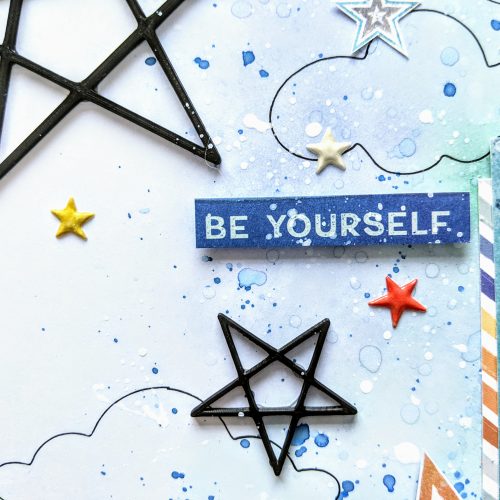 I matted by two photos onto two of the 3×4 Pocket cards. One on blue and one on an orange card. To give them some dimension I raised one of the photo using foam tape. I then added some die cuts to around the photos. 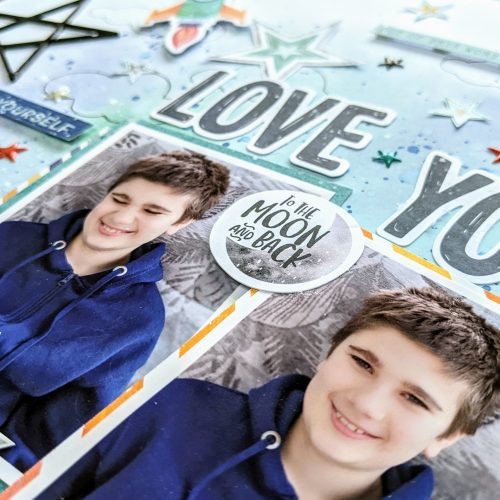 I fussy cut a bunch of stars from both the 12×12 patterned paper called “Nebula” and also the same patterned in the A5 paper pack. I scattered them across my mixed media background placing some larger ones near my photos. I also added one of the die cut rockets, which are probably my favourite item from the pack. I think it makes the layout really fun. I also added lots of the star shaped puffy stickers. 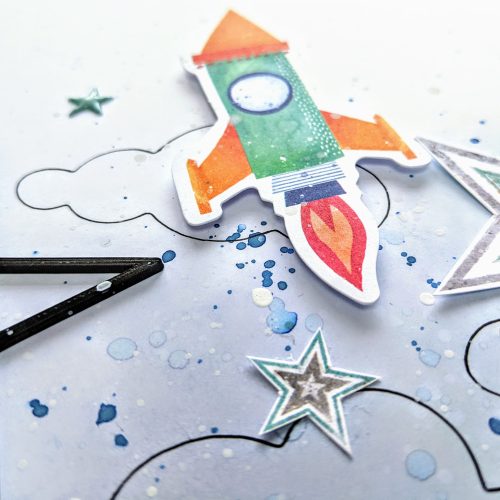 For the title I used two words ‘Love’ and ‘You’ from the title die cut set. To create my sons name I actually cut up a few of the words into separate letters. Don’t worry, I purchased two packs of the phrases so I have plenty! 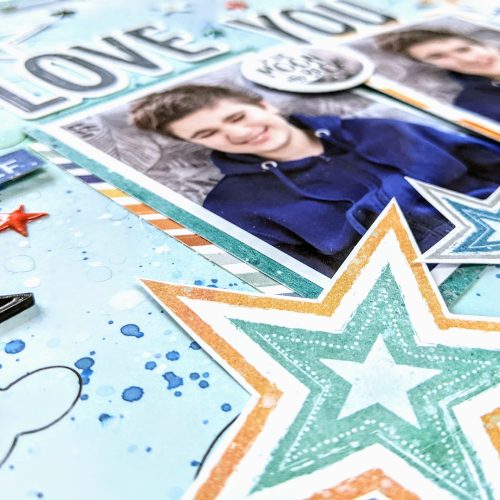 Next I added three black open stars from JD3D Prints, which I absolutely love and will be order more because they are super eye catching and match this collection perfectly! I watered down some white acrylic paint and added lots of splatters over the layout (but covered up my photos first!). Lastly I added a Hey Little Magpie Flair that reads “Life Captured” 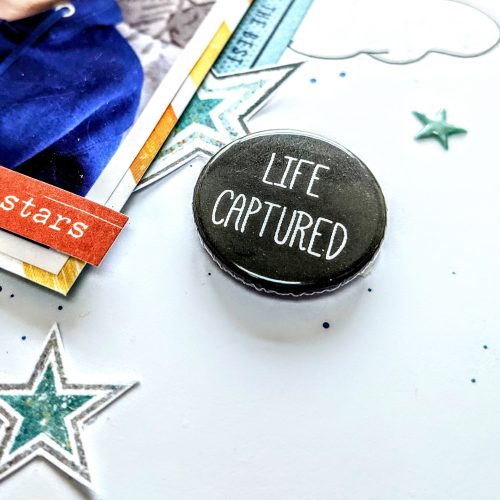 I hope you are inspired by this layout to get scrapping. We would love to see what you’ve been creating over on our Facebook group. I will be back later in the month to share another layout using this collection and I know some other members of the HLM creative are also working with this collection this month, so there are lots of ideas! Take Care,