Hello all. Welcome to December! I can’t believe Christmas is almost upon us. My boys have started to get very excited although my enthusiasm needs to catch up a bit!
This month I chose to work with the Simple Stories Snap Colour Vibe 12×12 Paper Kit. I love the colours and the patterns in the kit, and thought that they would be perfect to use with a mix of different patterned papers. After being a scrapbooker for so long I have a massive amount of paper ‘scraps’. This box is full of just some of the left over papers I have, and some of the scraps have been in there for years!
So I set myself the challenge to use all of the colours from the Snap collection with only patterned paper salvaged from the scrap box of doom! 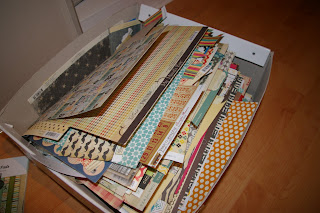 Last month I shared a LO recording my weight loss so far. One of the reasons why I have been successful this time round is because I have started running. I started the Couch to 5k training with a couple of friends in the summer, and honestly never expected that I’d stick with it, or ever be able to run 5k! However, stick with it we have, and we laugh in the face of 5k now! As the weather got worse the running moved indoors into the warm, dry and well lit gym. I now run 10k a few times a week, and am loving it.
At the start of November Virgin Active clubs nationwide held an indoor triathlon. Paul and I signed up for the supreme event, and although we support and encourage each other, we are also very competitive. After completing the run, cycle and swim, our scores were added up and Paul had beaten me by 30 seconds. It was only the next day when the times went up on the website that we found out they had been added up incorrectly and there was actually only 10 seconds between us… and I had won!
I did a LO for me to record this achievement, and that will be up when the December sketch challenge goes live. Here is a LO I did for Paul. I used the turquoise papers from the Snap collection with a mix of papers with star patterns and red as main colour. The certificate was printed small so that it could be included on the LO too.
﻿ 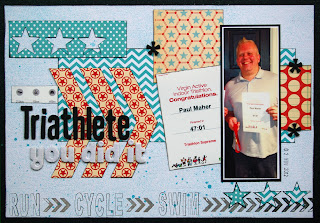 After cutting three stars from the dotty paper I inked the edges in  black. 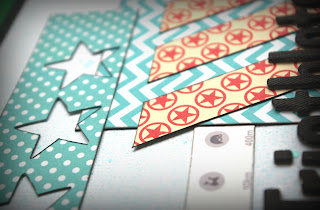 The stars were also added to the LO but with the chevron pattern showing on two of them. 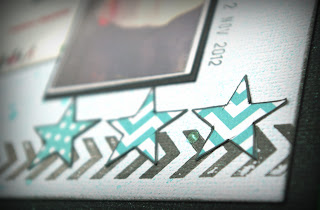 As well as using up some of my scraps I also decided it was time to have a rummage through my stamp collection and use some of them that had been untouched for ages. On this LO I used a cool chevron stamp from an American Crafts set, and some alpha stamps I’ve had for donkeys years!
My next LO celebrates another achievement… Movember! A friend of ours decided that he was going to grow a moustache for Movember and Rob decided that he would too. There have been many jokes throughout the month which resulted in me buying a couple of sombreros for an end of Movember photo shoot.
﻿ 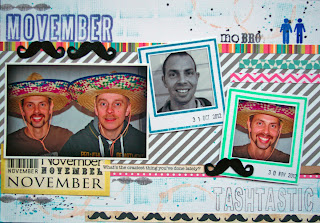 For this LO I misted and stamped some white card stock, before using a strip of the grey striped paper. Picking out colours from the sombrero I added a couple of strips of paper from the scraps, and also used some of the pink paper from the Snap collection. I found some left over moustache paper and added a little strip of tashes along the bottom of the LO too.
I used a number of stamps on this LO, from a coffee cup stain, to a WC man, and to a random pattern stamp that looked a bit like a moustache.
﻿ 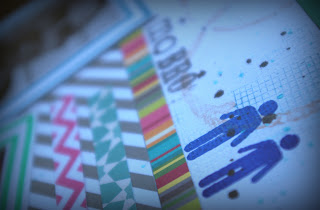 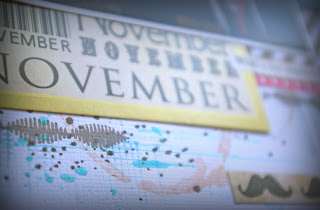 The larger moustache stamp was made using the Teresa Collins stamp maker machine… I’m still really pleased I bought this, its so easy to use. 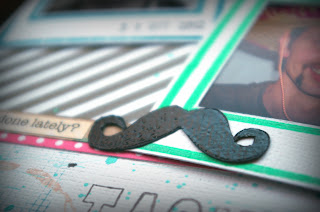 My next LO is about Drew’s first day at nursery. I used the mustard Snap paper, with lots of scrap pieces that picked out the colours in the photos. 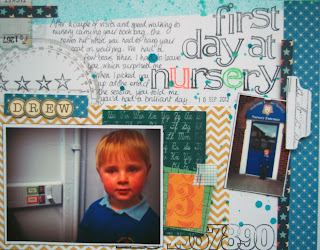 I fell in love with this protractor stamp by Jenni Bowlin, and this is the first time I have used it. 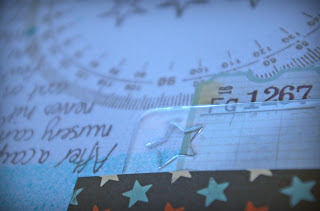 I used a cursive writing stamp on to a punched tab, which works really well with the theme of the LO. 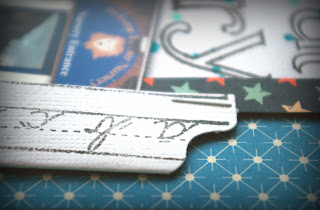 My next LO isn’t a celebration, its more of a warning that even amongst fellow scrappers, you shouldn’t leave your work unattended! At the November 2011 Sarah’s Cards Retreat, the rest of the DT decided to add to my LO, and by the time I came back to the table, this photo of the main culprit was already on facebook… lol!
I used the green and orange Snap papers with scraps of the papers I used on the LO that was sabotaged! The ‘add ons’ were all included on the LO too.﻿ 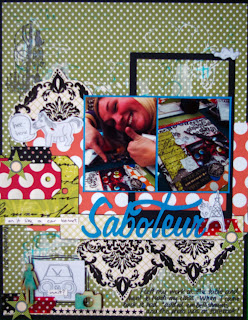 I love how this wooden woman turned out… she was misted with turquoise and had a sprinkling of clear embossing powder added whilst the mist was still wet.  ﻿ 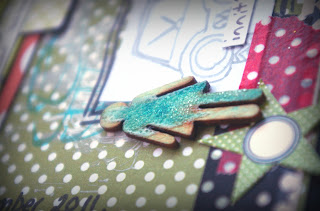 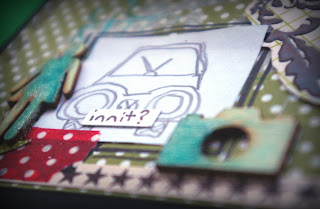 I created the title in a word document, printed it in reverse onto blue card and hand cut it. I love this technique but rarely use it because of the time it takes. Sometimes though it’s nice not to rely on Thickers or stickers for your title, and with this technique you can make the size of your title as large or as small as you want. 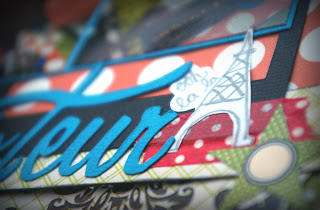 I thought for my last LO I should embrace Christmas. So I finally got round to scrapping the photo with Santa from last year… lol! The brown dotty Snap paper formed the base of the LO, with strips of red and turquoise mixed with coordinating scraps. ﻿ 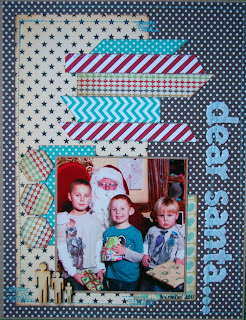 I used a sewing machine to stitch the strips together, as well as stitching through the felt thickers. 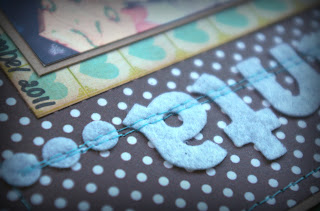 I love adding random bits of stitching to my LOs. I used a contrasting thread on this LO, and love the turquoise against the brown and cream. 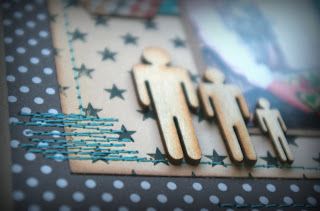 I have really had fun playing with the colourful Snap collection, and still have so much left. I hope I’ve inspired you to get rummaging through your scraps too… lets face it, we all have so many, we need to get them used up!
Hope you all have a fabulous Christmas. I’ll see you in 2013.﻿

Waste not, want not