The Hey Little Magpie shop has recently started stocking Prima. When Flirty Fleur, one of their collections reached the ‘shelves’, I knew it was a collection right down my street.
With a monochromatic combination of black and white, but with teal tones to add contrast, what’s not to love?
Plus for a bit of bling, Prima have foiled some of the papers and ephemera with an almost holographic effect.
I assumed that I would only be wanting to scrap black and white photos, but a muted colour photo worked best on my first layout! 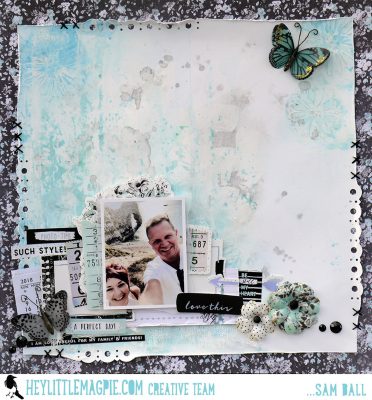 ‘Love This’ has a textured background, created using Vicki Boutin art crayons and a gesso base. It was the first time that I had used her crayons, and I’m just a bit addicted to them now! I used them both wet and dry in conjunction with a stencil. 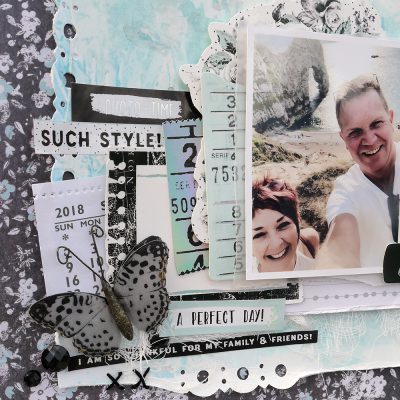 Layering around the image was easy as all elements co-ordinate so well.
I wouldn’t usually choose Prima flowers. However, I spied two fabulous butterflies in the Flirty Fleur Take Flight Mulberry pack, so they sold it to me! 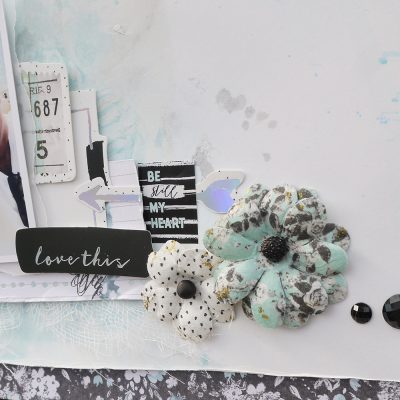 After placing most of the elements onto the textural background, I felt that the layout needed some grounding. I decided to back mounted the entire layout with the Little notes paper.
A border punch edge detail and some cross stitching completed the layout. 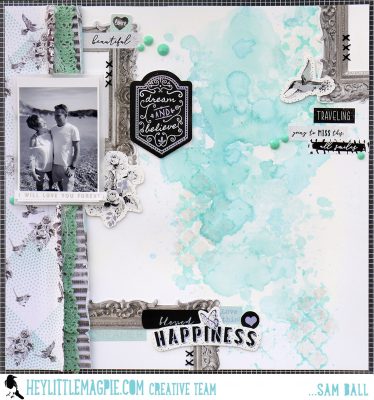 ‘Blessed Happiness’ also has a textured background, but this time I painted the inner detail of the lattice stencil using the Vicki Boutin Iridescent Glaze.
I created the left hand panel using a border of Birds of a Feather and Something Floral Flirty Fleur papers. 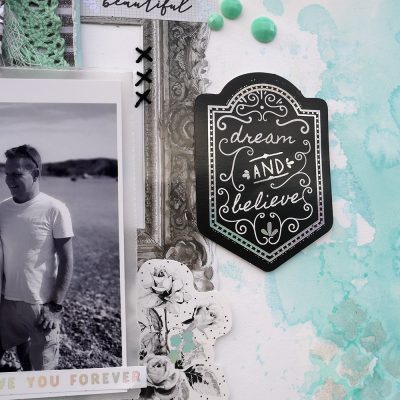 The Take Flight Mulberry pack of flowers also has an oversized frame in it, so to give cohesion to the layout, I cut it into three pieces and placed them randomly over the layout base. 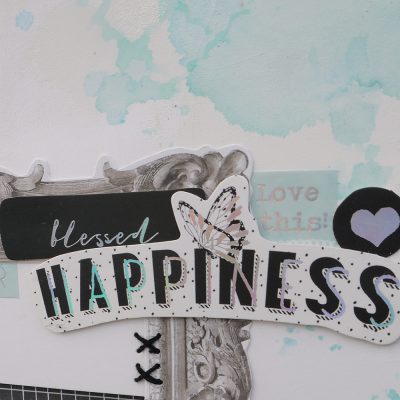 Similarly to my first layout, I added ephemera and stitching, clustering around the frame sections.
This layout was mounted onto the Pretty Birds grid like paper, as I felt it needed a sharp edge. 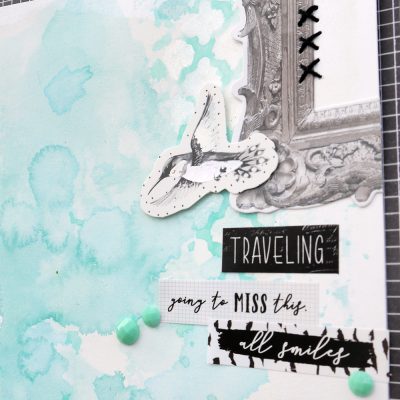 Both layouts were finished with the Flirty Fleur Words and Quotes stickers and Flirty Fleur Say it in Crystals, perfect to add an extra bit of bling!

Mixing Shine On and Willow Lane