Hello 2012! I can’t believe it’s the start of another new year. Time really does fly doesn’t it?

Have you made any resolutions for 2012? I usually make 2 or 3 and by the end of January, if not before they have been broken or forgotten about. Every year I say I’m going to lose weight, and start off with good intentions before falling back into bad habits. This year I have decided to make my quest to ‘get to goal’ public in a hope that it will make me stay on track. The following LO has a photo taken of me on Boxing Day. Usually I shy away from the camera, and I certainly wouldn’t ever have a full length photo taken willingly. This is my before photo, and I plan to include an update on how the diet is going each month for all to see. So now I’ve put it on here, failure really is not an option for me! 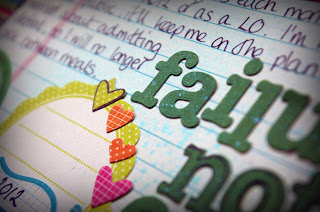 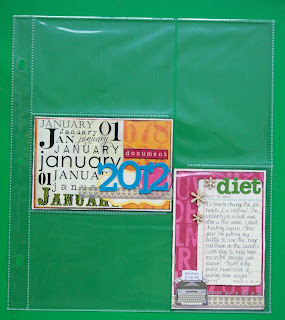 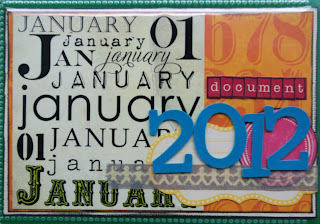 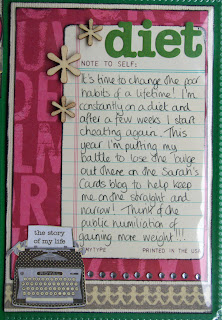 Are you planning to record your year in a similar way? It’s a perfect way to use up scraps from your kits, and is a really quick way to scrap too.
At this time of year you see a lot of prompts on Facebook/blogs asking about the highs and lows of the past year. The following LO records one of my highs from 2011…. seeing Harry play a camel in the school nativity. We weren’t expecting much, as the previous year he had avoided looking at us and had hid his face from the camera, so we were over the moon to see how pleased Harry was to be dressed in a fat camel costume with ‘bewuls and wumps’ (bells and lumps).
I loved the photo of Harry but the colours of the school hall and the king in the background were quite distracting. I decided to do some spot colour editing so that the focus was on Harry. Here’s a little step by step to show you how easy it is to do. 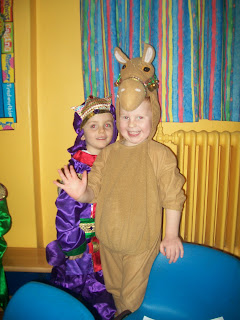 Once your photo is open in Photo shop, go to Layer then Duplicate Layer from the drop down menu.

Save as Background copy.

With the background copy highlighted, go to Enhance, then Adjust Colour and Remove Colour in the drop down menus.

Your photo is now in black and white.

You can select a brush size to suit the photo you are editing. I used 19px. Use your mouse to erase the black and white photo. The colour photo layer underneath shows through.

Zoom in on your photo to erase along the edges of your object/person. On complicated or uneven shapes it is best to work in small sections, so that if you make a mistake and have to use the back arrow, you won’t have to redo all your work. 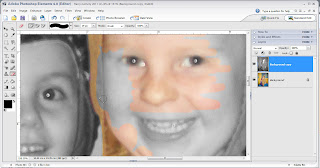 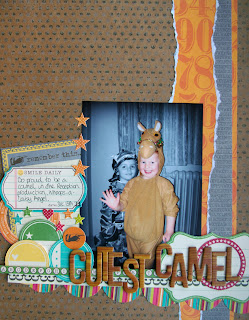 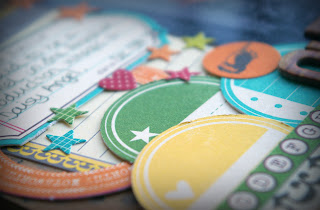 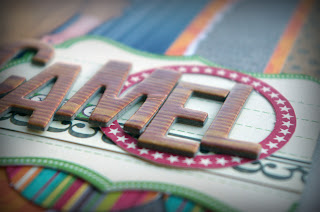 I’m all about scrapping real life. The good, the bad, the ugly and the often down right silly! I want my scrapbooks to tell an accurate story of all aspects of my children’s lives. Which brings me on to my next LO… the low of 2011.
Last week we had one of the worst days when we were told that our baby was being referred to the hospital for tests and that leukaemia was a possibility. Lots of tears, a drive to the hospital, an examination, a blood test, being admitted on to a ward, and a few hours of waiting and we were given the fantastic news that he didn’t have what we were fearing. Thank goodness. We have to go back for another appointment to see why Drew’s lymph nodes have been swollen for so long, but the signs are that it’s probably just a virus.
I had taken a few photos of Drew sleeping when he first became poorly, and included them with a photo of him playing with the toys on the ward. 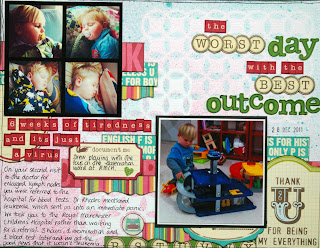 The background was created by misting through a Studio Calico mask with 2 colours. I love the subtle effect created. 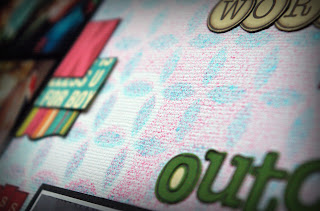 Most of the highs of my year were shared with friends, and the lows were made easier knowing that I had the support of some very good friends. This brings me onto my final LO, including a photo of my Facebook Friends Matrix…. are you on it? I kept the LO really simple as the photo is so busy. Can you spot Ant and Dec too? 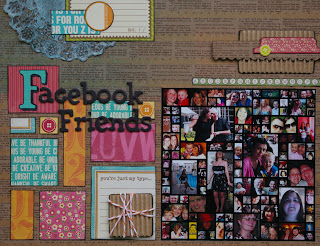 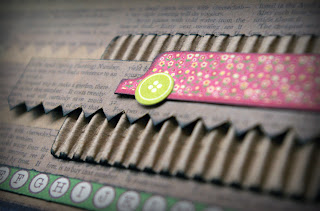 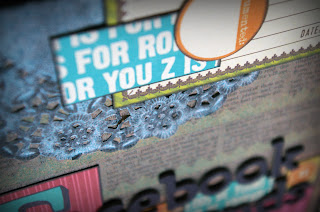 Well that’s all from me for another month. I’ll be back next month… hopefully a few lbs lighter… wish me luck!

Out Of Your Comfort Zone!