As for my previously layout, I’ve continue to use the same sketch from PageMaps 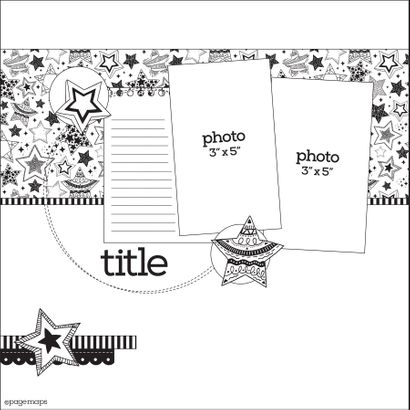 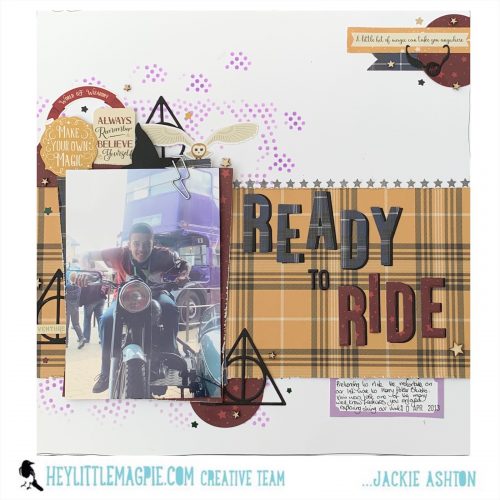 As the Knight Bus is in the background, I decided to added some purple inked details to my cardstock.

For this page I moved the design further down the page,  cutting a 5 inch strip of Cast a Spell paper and instead of adding a punched border, I added a line of stamped stars around the top edge of the paper. 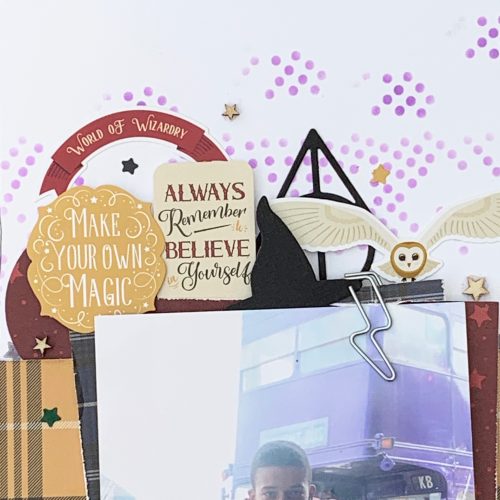 I also changed my photograph size to use one 6×4, instead of two smaller ones, added patterned papers behind the photograph.

Using my Elle’s Studio Metal Alpha Dies I cut each letter twice, once using black cardstock, and the other using patterned paper. 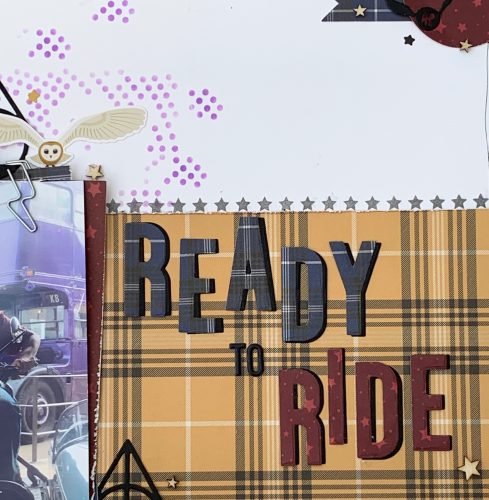 I then added the black cardstock behind the patterned letter to form a shadow effect. 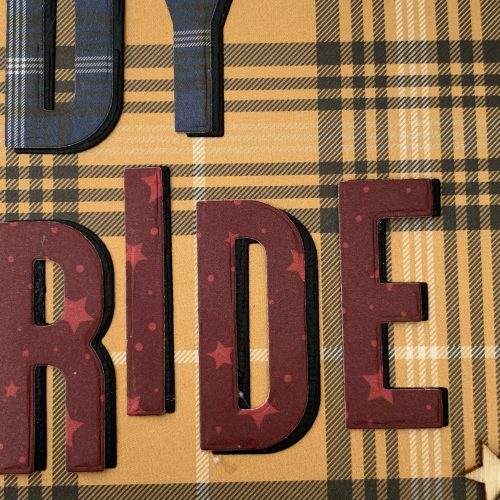 Finishing the layout with cut-apart pieces, die-cuts and stickers. 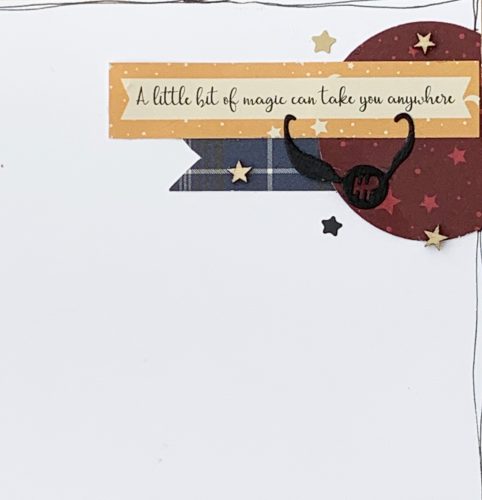 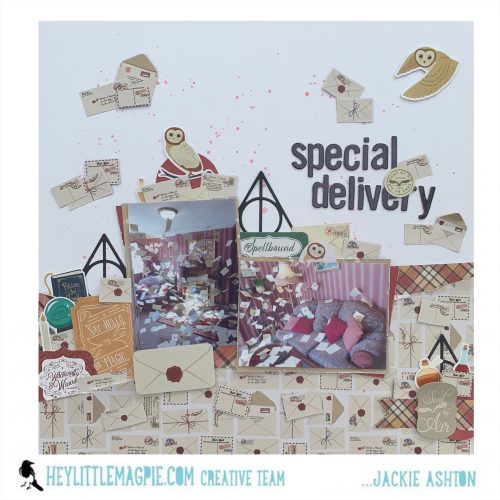 For this one I went back to using two small photographs but used 2 different orientations for each.

So for this layout I went with choosing a few elements from the sketch, that I could us on my layout.

So I started by fussy cutting some the envelopes from the Letters paper, I only had one sheet of this paper and I wanted to use for this layout.  And as it turned out I only used the one sheet of paper for the layout.

After cutting the remaining envelope paper, I added it to the bottom on my layout, and added some cut out envelopes over the top. 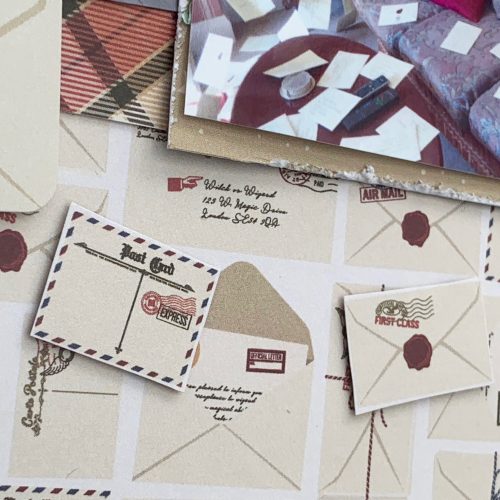 I matted my photographs with patterned papers, adding 3D foam to both photographs to add dimension. 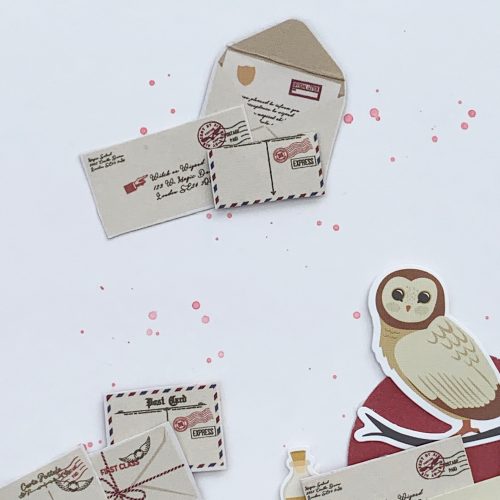 Then I embellished using die-cuts and stickers. 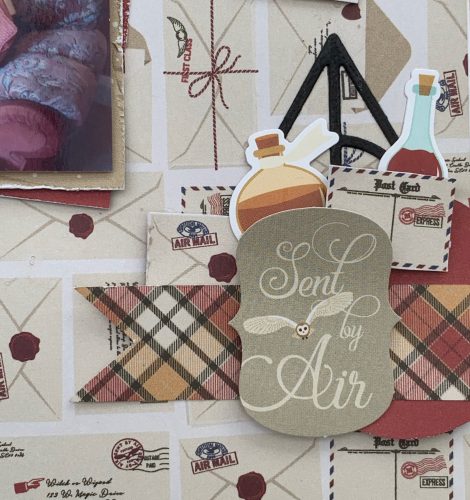 I also added a embellishment cluster to the lower part of my page.

I added my title and then added some of the fussy cut envelopes around the page, adding 3d foam to a few of the them to add some dimension. 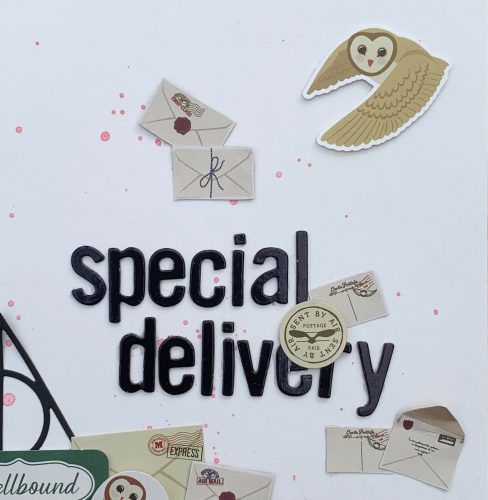 So that me for this month, hope you like what I’ve done with this collection, and please share your layouts over on our Facebook group we would love to see them.