I hope you’re all enjoying some time off during the holidays to scrapbook & haven’t been melting in the hot weather – I have!

To start the month I’m using Cocoa Vanilla‘s No Limits collection, which is perfect for boy layouts. My grandsons are big fans of both Lego & Star Wars so this was the ‘go to’ collection for this photo! 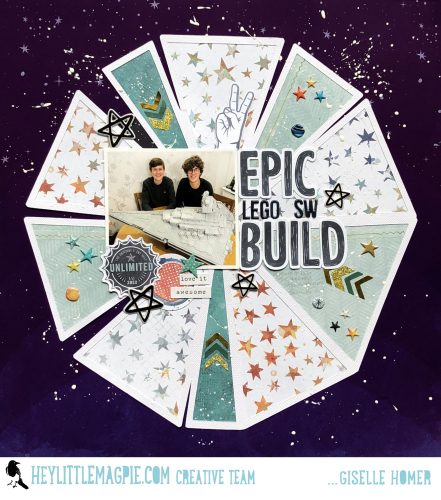 I started by taking the Eclipse paper & added some white splatters, using acrylic gesso which holds its colour on dark backgrounds. 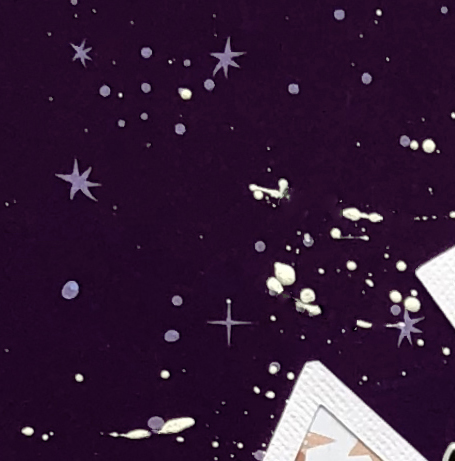 Then I took the Pie Background cutfile from Amelia Creates & cut it slightly smaller than the background page & backed it with papers from the collection. I added some embellishments to each section using enamel stars & planets from the collection & some arrow stickers from my stash. I added more paint splatters to the cutfile as well. 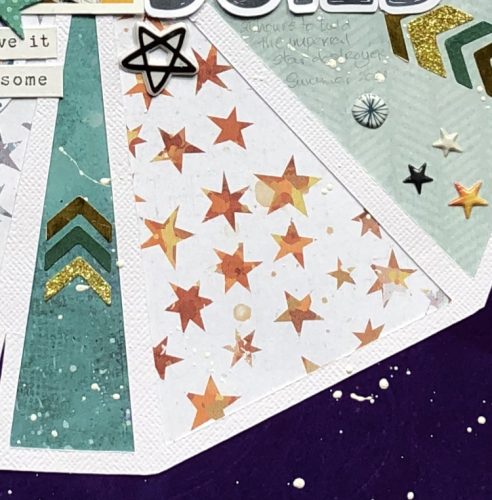 To make the title, I took some die cut titles from the pack & cut away individual letters from some of the ready made words to make up the word ‘Build’. Because the die cuts have a wide border this wasn’t too difficult!  The smaller letters are from my own stash. 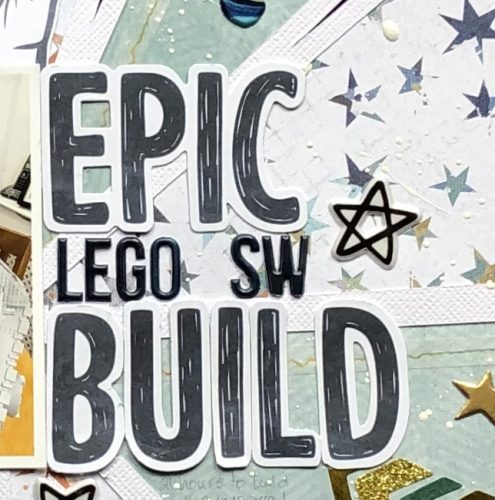 Then I glued the photo into place, having trimmed it to include a white border. There are lots of die cut ephemera in the collection & I added some to the lower left corner of the photo, with a couple of word stickers. 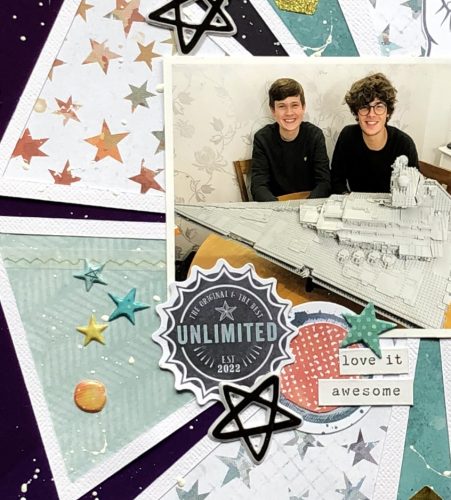 So, until later in the month when I’ll be sharing another boy layout, happy scrapping everyone!