The days going so quickly now we’re really getting into winter! But to remember the last fragments of warmer weather I have 2 summertime layouts, using Cocoa Vanilla’s gorgeous ‘Daydream’ collection.

The first layout is pretty simple really, it just involved lots of fussy cutting. There is one paper called Garden Variety that just cries out to be fussy cut, so I spent some time doing just that! The base paper is called Sweet Serenity; you’re going to need more than one sheet of that, it’s so pretty! 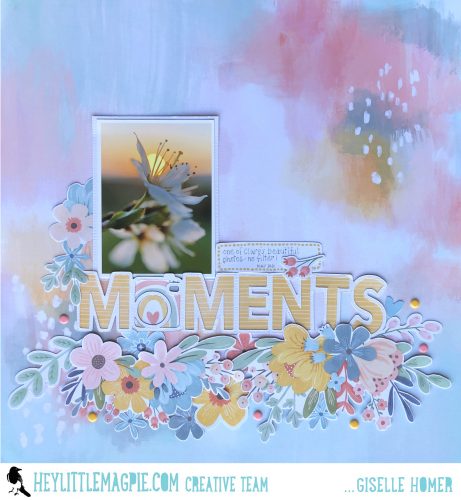 I backed the photo with just one layer of white cardstock and backfilled the cut file title in yellow.

Because I didn’t want to detract from the photo I decided that the majority of the fussy cut flowers would look best placed below the photo and the title. I added a journalling tag to the the lower right side of the photo and used a grey pen, which is often less harsh than black. 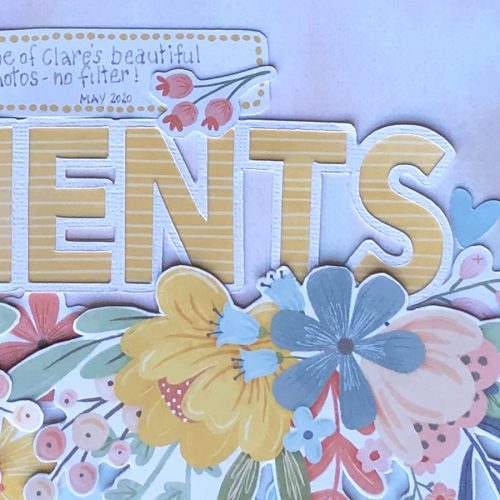 Here’s closer look at some of those lovely flowers. As usual, I placed a few puffy dots here and there to finish the page. 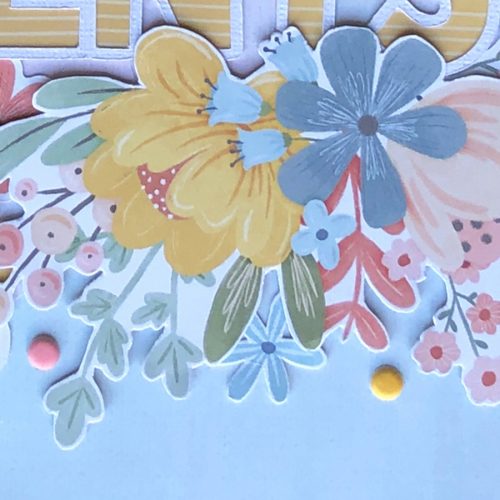 My second layout this month uses quite a large cut file but I thought the Daydream papers would be perfect for it. First, I trimmed down a piece of white cardstock and glued it to a sheet of the Garden Variety paper. Then, along the lower edge I added a couple of torn 12″ wide strips. 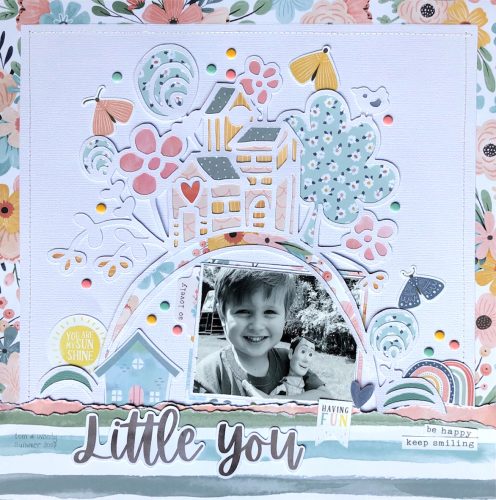 The title is from the Die Cut Titles included in the collection, there are 29 to chose from! 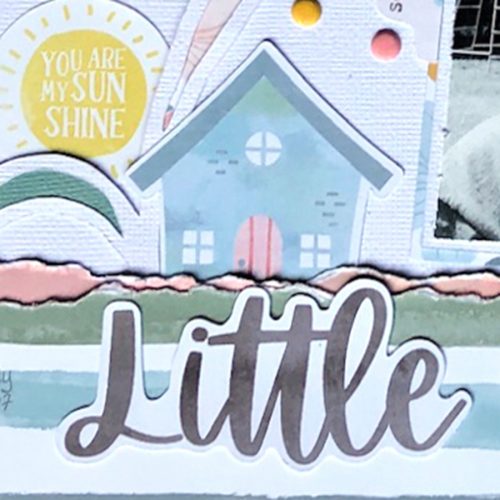 I embellished the cut file with word stickers and some cute rainbows  – there are lots of rainbows in this collection! And, unusually, there are also some colourful moths. 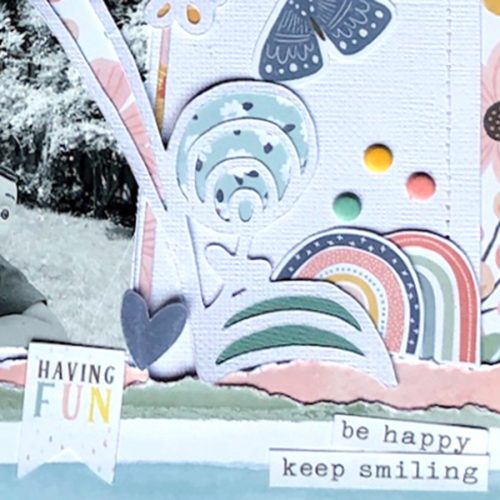 I thought I’d try sewing around the edge of the white cardstock, I don’t do this very often but I like the way it’s turned out because it added a little texture. 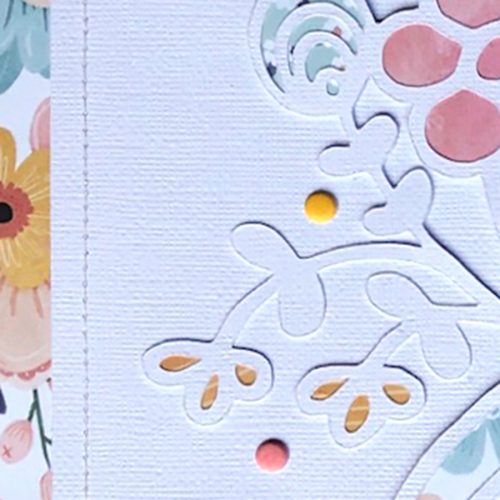 The designs and muted pastel colours in Daydream are so perfect for summer layouts, maybe you have one or two photos from summer that you’d like to remember in a layout? Don’t forget to share your pages with us on our Facebook page.

Until next month, happy scrapping everyone.